Sibiu is a pedestrian-friendly city with two easily accessible levels: the Upper town, home to most of Sibiu's historic sights, and the Lower town, lined with colorful houses on cobblestone streets and bounded by imposing city walls and defense towers overlooking the river Cibin.
Traditionally, the Upper town was the wealthier part and commercial outlet, while the Lower town served as the manufacturing area. The historical centre includes the Great Square, Huet Square, the beautiful Passage of Steps connecting the upper town to the lower town, the well-known Bridge of Lies, Goldsmiths’ Square and the Small Square.
(source: romaniantourism.com)

The Transalpina or DN67C located in the Parâng Mountains group, in the Southern Carpathians of Romania, is one of the highest roads of the Carpathian Mountains. It connects Novaci, south of Parâng Mountains, to Sebeş in the north.
It is said that the road was built under King Carol II and rebuilt during World War II by German troops and it is called The King's Road by the locals. Also a story has it that Nicolae Ceauşescu had the Transfăgărăşan Road (DN7C) built during the communist regime just to surpass the Transalpina.
The road has its highest point at the Urdele Pass, where the elevation is 2,145m above sea level. Given the high altitude, the road is closed during the cold months of the year. Works began in 2007 in order to transform this spectacular road into a modern highway (148 km), allowing a rapid transit between Oltenia and Transylvania.
Rânca, a newly developed resort, is located towards the south end of the Transalpina road. (source:Wikipedia)

The Glass Icons Museum from Sibiel founded by the priest Zosim Oancea in 1969, it houses over 700 icons (glass painted icons and wooden icons), ceramics, furniture, handmade textiles as well as old books.

Organised on two levels, the museum unveils the world of Transylvania’s rural beliefs; each icon, unique in its own way, attracts the visitor with its story and message which go beyond a simple glass drawing.

Is the largest museum of its kind in Europe.

The museum is situated near the church and is open to visitors every day of the year, including holidays. 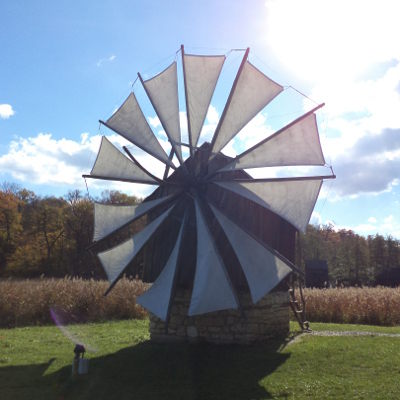 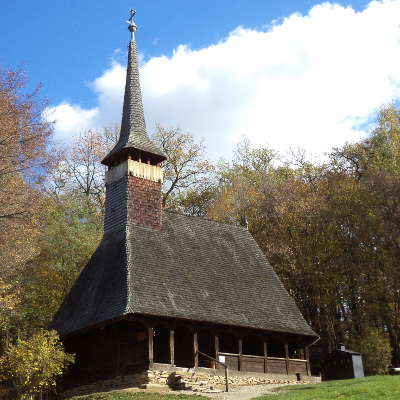 A fascinating museum which must be put on the list of things to see in Sibiu… And not because we say so but because the Michelin Green Guide gave it 3 stars.The museum covers an area of 96 hectares and is the largest open air museum in Romania.

It is the ideal location to discover the traditional rural Romanian lifestyle while taking a relaxing walk in the middle of the nature. The 10 km of alleys will take you among peasant homesteads, workshops, small wooden churches, roadside crucifixes, sheepfolds, wine cellars, wind and water mills.The original, perfectly preserved interiors will tell you about the simple life of Romanian peasants from all over the country, their occupations and traditions.

A visit to the Open-air Museum will most certainly turn into a very special experience!

In the old town visitors can stroll along the wide, tree-lined streets of the Habsburg citadel, one of the most impressive in Europe, to discover the historical, cultural and architectural places of interest of Alba Iulia: the Roman Catholic Cathedral – the oldest and most valuable monument of architecture in Transylvania., the Batthyaneum Library, the Orthodox Cathedral of the Reunification, the Babilon Building – housing the National Museum of Unification, the Union Hall, the Apor Palace, the Princely Palace, and the University of Alba Iulia. (source: romaniantourism.com) 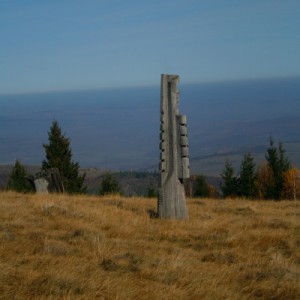 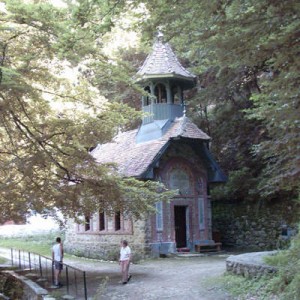 Only 3km from Saliste,a perfect hike through the forest, you will find the monastery build in 1922,dedicated to the memory of the heroes from first world war.

The road climbs to 2,034 metres altitude, making it the 2nd highest mountain pass in Romania after Transalpina. The most spectacular route is from the North to South. It is a winding road, dotted with steep hairpin turns, long S-curves, and sharp descents. The Transfăgărășan is both an attraction and a challenge for hikers, cyclists, drivers and motorcycle enthusiasts alike. Due to the topography, the average speed is around 40 km/h (24.8548 mph). The road also provides access to Bâlea Lake and Bâlea Waterfall.
The road is usually closed from late October until late June because of snow. Depending on the weather, it may remain open until as late as November. It may also be closed at other times, because of weather conditions (it occasionally snows even in August). There are signs at the town of Curtea de Argeș and the village of Cartisoara that provide information on the passage. Travellers can find food and lodging at several hotels or chalets (cabane) along the way.
It has more tunnels (a total of 5)[3] and viaducts than any other road in Roman.(source: wikipedia)
In September 2009 the cast and crew of the British television show Topgear were seen filming along the road,see the episode here. 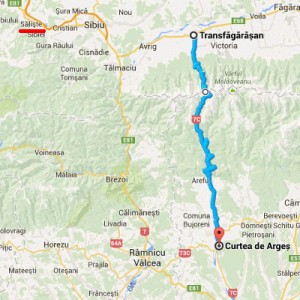 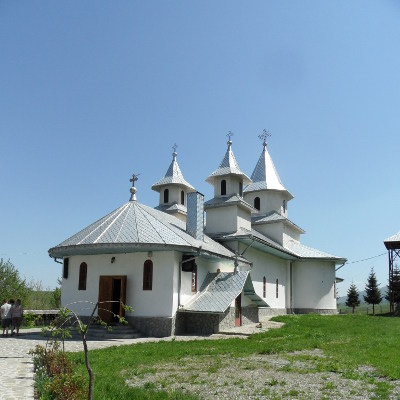 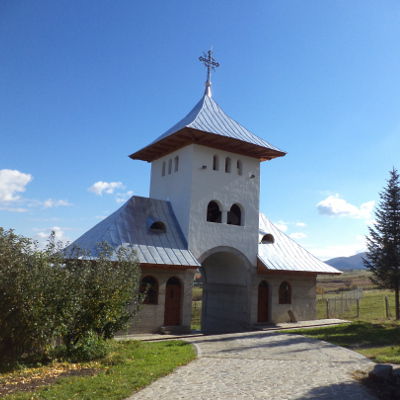 Orlat Monastery was build in 1992,is situated on the road from Saliste to Orlat.It is a nuns monastery,in the shape of a cross and in the moldavian church style.

The Catanas hill where the citadel is located North of Tilisca village, in its proximity, is a part of the backmost pericarpathian hill , delimitating two hydrographic basins: Secas to North-West and Cibin to South-East. Its maximum altitude of 716 m gives an excellent visibility of the surroundings.

In a quiet neighborhood,not far from the center of Saliste, you will find our camping with modern amenities and all the information you need to have a great time in the surroundings.

Just 20 km from Sibiu, Cultural Capital of Europe, but also at the foothill of the mountains makes it a very good base to spend few nice days in the heart of Transylvania!

Hi! We want to introduce ourselves. We are Iulian & Alexandra Parau, and are the proud owners of the camping Salisteanca.